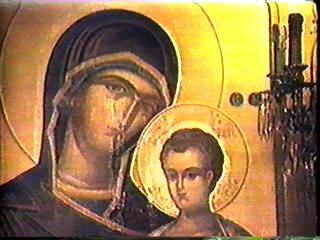 The "weeping icon" was nothing more than a photograph of a painting in Chicago. The "tears" on the photo appear to be white paint on the original painting. After Posner (and later the professional press) publicly questioned the Rev. Matos' claims, Matos finally admitted to TBS's photographer Guss Wilder that the "tears" had actually been present on the photo all along! Following an investigation by the Greek Orthodox Dioces of Atlanta, Matos was transferred out of the Tampa Bay area.